Posted by Ben Jardine on 11 March. 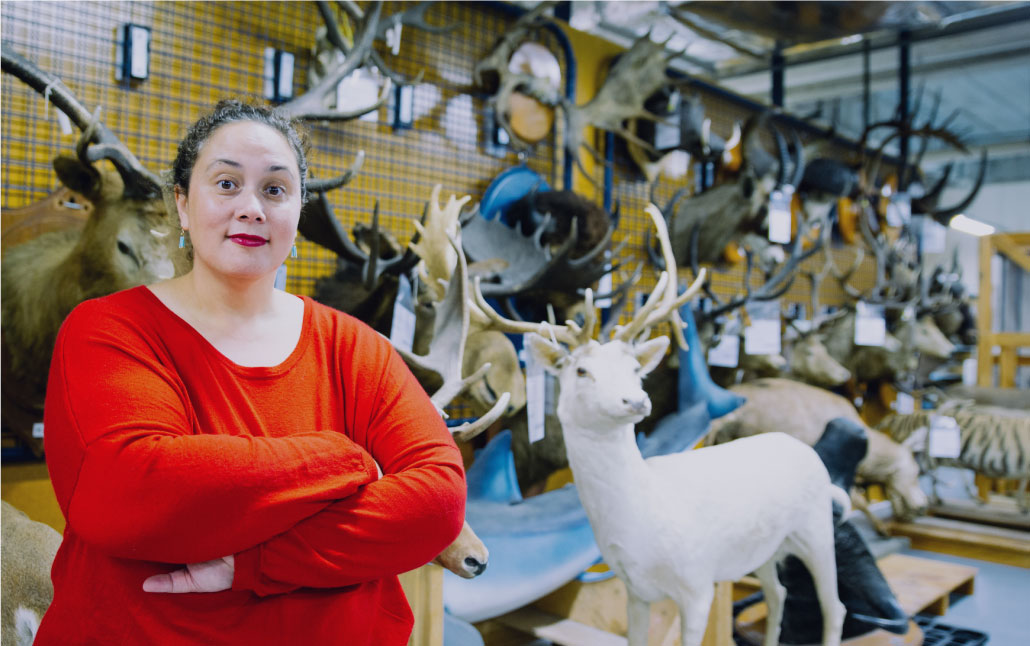 Throughout her varied and illustrious career, Tui Te Hau has worn many hats. With executive roles at Creative HQ and Te Papa, Tui led the charge in creating major innovation programmes (with Lightning Lab and Mahuki, respectively) – advising startups and entrepreneurs on pursuing their passions. Tui has worked in the government, on policies that advanced the aspirations of Maori women and as Trade Commissioner. Since 2018, Tui has led the National Library’s public engagement team.

As entries for the Hnry Awards flood in, we chat with Tui about her take on being an independent earner and the unique individual talent that Kiwi thinkers possess.

Tell us a bit about yourself, your story and your background. How did you get into the industry you’re in?

If my career journey were a play, I’m in Act 4 – culture and heritage, or the “GLAM” sector (galleries, libraries, archives and museums).

Currently I’m Director of Public Engagement at the National Library, where I lead a team responsible for connecting people to the Library’s rich collections through talks, events and exhibitions. I also oversee our commercial and fundraising functions.

Act 1 was in government working on policies to advance the aspirations of Maori women, whanau, hapu and iwi. Act 2 was working for our international trade agency, culminating in a posting as Trade Commissioner based in Melbourne, and Act 3 was innovation. This included setting up two major innovation programmes: Lightning Lab for Creative HQ and Mahuki for Te Papa Tongarewa, with a few governance roles and contracting gigs along the way.

If my career were really a play, I’m not sure it would make sense! How do you go from international export consultancy to overseeing exhibition design? Mostly, I’ve followed my heart and my intuition. I look for work that has meaning – where I have autonomy, can be creative, which ideally involves working with cool people and is fun.

What’s your take on self-employment? What makes the Hnry Awards a good thing for Kiwi contractors and freelancers?

I’ve worked alongside amazing entrepreneurs, exporters,  innovators and self-starters. True kiwi heros, pursuing their passion, creating jobs for others, hustling, riding the highs and lows of self-employment, masters of their own destiny, creating rich experiences and hopefully rich bank balances.

It’s a nice reminder that a global powerhouse business like Weta had humble roots in good old Miramar. From small seeds can grow a mighty totara. But that’s not to say that big is the only measure of success. I’ve been alongside smaller enterprises and sole founders who have created enterprises or movements that make a huge difference to people’s lives. For others, it’s been about creating a life work mix that works for them and their family or to be able to pursue other loves. Ultimately, self-employment is an act of courage.

What are you most excited about for the Hnry Awards?

To quote another hero, Barack Obama said that the future (of the US) was dependent on the willingness of entrepreneurs to take a chance on pursuing their dream. That’s why the Hnry Awards are important - because Kiwi contractors and freelancers are the backbone of our economy.

I’m yet to come across an overnight success in a business sense. It takes guts, hard slog and can be lonely. It’s time to shine a light on these heroes.

How would you encourage people to enter this challenge?

I’d really encourage people to show off. Blow your horn and tell your story like your nana would! She would not only talk about your great achievements but how kind and good looking you were. Give us a rich picture of the things you do, the moments of truth, the little wins along the way and the impact of your work. If your nana is anything like mine, she might also tell people things I might prefer she hadn’t. But often the greatest lessons, insights and adjustment to our life plans have come from the lows or, contrary to Ru Paul’s advice, when  “you did (expletive) it up!” So feel free to share your war stories, how you got those scars, and how it ultimately led to greater things (as often is the case).

Love to see lots of diversity in our bunch of applicants too!

What do you think winning would mean to someone who enters?

It’s always nice to be recognised, and the money would be great too! More than that though this is an opportunity to craft your story and have a platform to share it widely. Go for it.