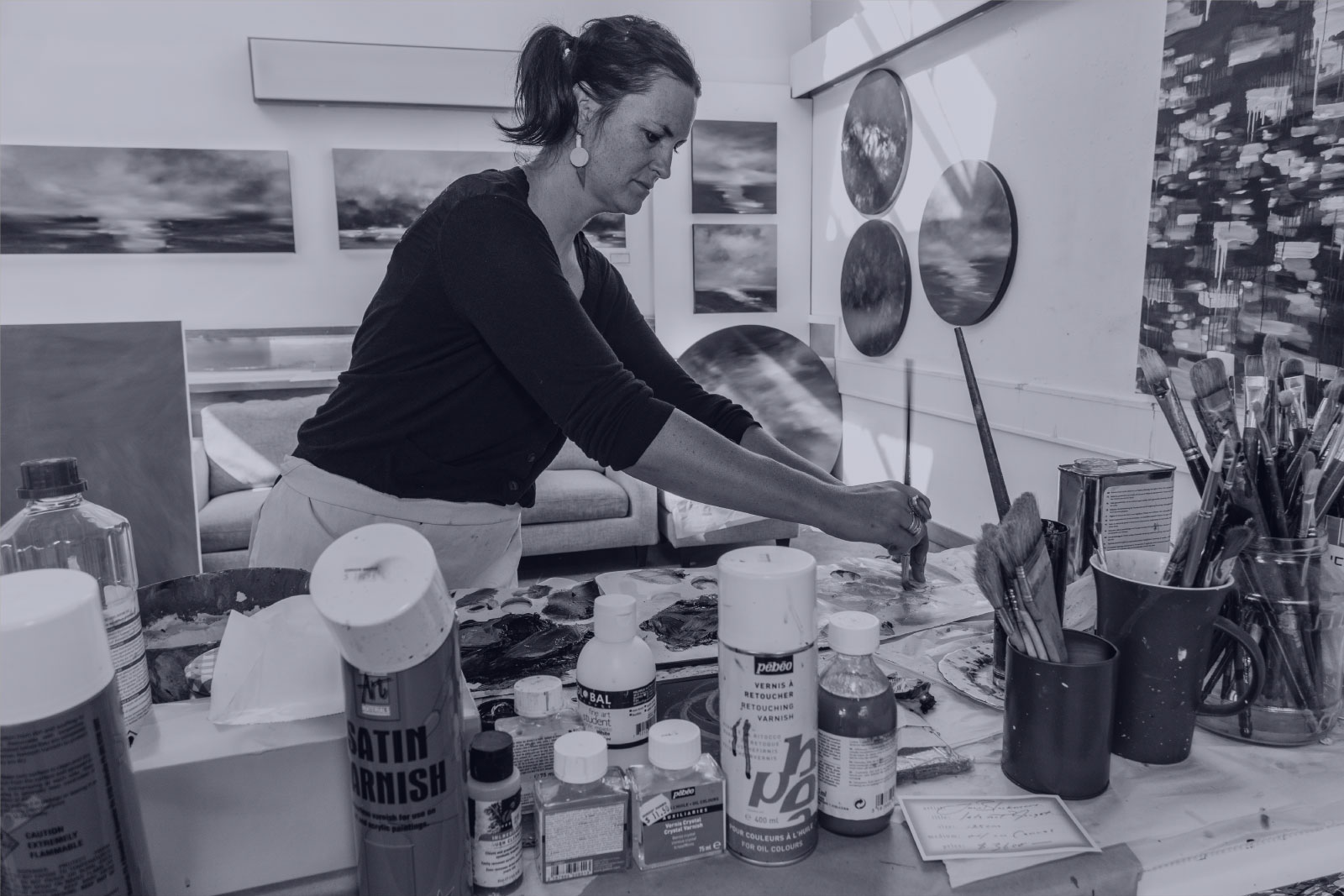 Jane Blackmore is an acclaimed painter with decades of experience, and has a unique sense of style and a keen eye for what works and what doesn’t.

We sat down with her to chat about this year’s Hnry Awards and what she’s most looking forward to from the submissions, and from the competition as a whole.

Tell us a bit about yourself! How do you fit into the creative industry?

I’ve only ever excelled at creative endeavours, really. Even at school, I was drawn to it but didn’t really think about having a career as such because it wasn’t really put on the table as an option when I was growing up.

And then I eventually went into the cheffing arena because it was creative and I really enjoyed it. So I went cheffing overseas and was pretty determined to do really well in that industry. But then it got too high-stress, it just wasn’t a great match for my type of personality.

While I was cheffing I painted on the side, because I always loved it, but then I thought ‘hey, I could flip this and become a full-time artist’. So I did that for a while, as I was cheffing, and then decided, as an older student, to go to art school. I was in my late twenties at this stage and I’d already been exhibiting and getting a bit of a reputation in Nelson.

When I completed my degree, pretty much from then on I just started painting full-time.

How would you describe your artistic philosophy?

I’ve always been very open about people seeing the process of painting. I think that’s a big part of what sets me apart from other New Zealand artists, is that my studio doubles as a working gallery. It’s a model that I really enjoy, because my philosophy for creativity is to be inclusive and not exclusive, like a lot of the art world can be.

I think having people seeing work that’s being produced, it kind of releases a bit of tension: people tend to relax when they see a messy painting or something that’s not technically working. So it’s a really cool way of engaging people through creativity, and that’s a big part of what I do. I paint, and I love painting and I sell paintings, but it’s more in the engaging with people, seeing how they respond, what they think their role is in it, that I enjoy. I often go to a dealer’s art gallery and don’t feel particularly comfortable because there’s no one there engaging with you. It’s all very hidden. So the model I love is that anyone can come in and feel welcome.

And how do you think you’ll be judging submissions?

I tend to respond pretty quickly to things, pretty visually. So I’m really looking forward to being presented with things and having that immediate reaction. It’s a bit like tasting food, you go ‘Oh, this looks exciting’, and then when you delve into it you have to ask yourself: ‘Does this hold together? Does this actually work?’

What about the Hnry Awards are you looking forward to?

I’m really excited because I’ve been in this industry for quite a long time and I tend to work in a bit of a bubble – a kind of painting bubble. So I’m looking forward to see what interesting things are coming about, not just from young people, but what’s happening across the board. For me it’s about getting in touch with other people’s ideas, and seeing what comes through. It could be the most simple idea that’s the strongest, whereas an idea that’s overworked can sometimes lose some of its magic.

What would you say to someone who’s thinking about entering the Hnry Awards? How would you encourage them to enter?

I would say don’t overthink it. If there’s a spark of an idea that feels special and worthy, hold on to that and don’t lose trust in your idea. It’s that intuitive feeling that we move past too quickly, we don’t trust it. And I think creatives, both young and old, need to trust that magical quality of an idea - don’t push it too far, stay true to the idea.

Why are the Hnry Awards important for freelancers, and for those who are thinking about taking the leap into freelancing?

A lot of creatives don’t get a huge amount of support. It can be quite an isolating job. When you’re working at a desk at home or in a studio, sometimes you don’t get a lot of focus or attention. You do it for the love of it. So any opportunity like this, the Hnry Awards, it’s gonna be good for freelancers. Hnry wants to acknowledge the self-employed, those people who are creative, those people who are making some cool stuff – so why not share that with the world? There’s enough of the other stuff out there, let’s get some more creative things out in the open and really acknowledge these people.

What would it mean to someone to win?

To take on debt to go and pursue your passion full-time, it’s such a leap of faith. And I had the confidence to do it because I believed that it would work and I have a really strong sense of confidence. But a lot of people don’t have that. They might not have the confidence in themselves. So a prize like this could be the difference between someone having six months to solely focus on their practice. It could be a real life-changer in lots of ways.

And what I love about Hnry is that they’re not going to be using the work for their advertising and branding. I’ve been part of so many competitions where you win a certain amount of money and basically the company acquires the painting for very cheap. This competition is purely to reward and encourage people, and I think Hnry needs to be acknowledged for that.