Posted by Ben Jardine on 24 December. 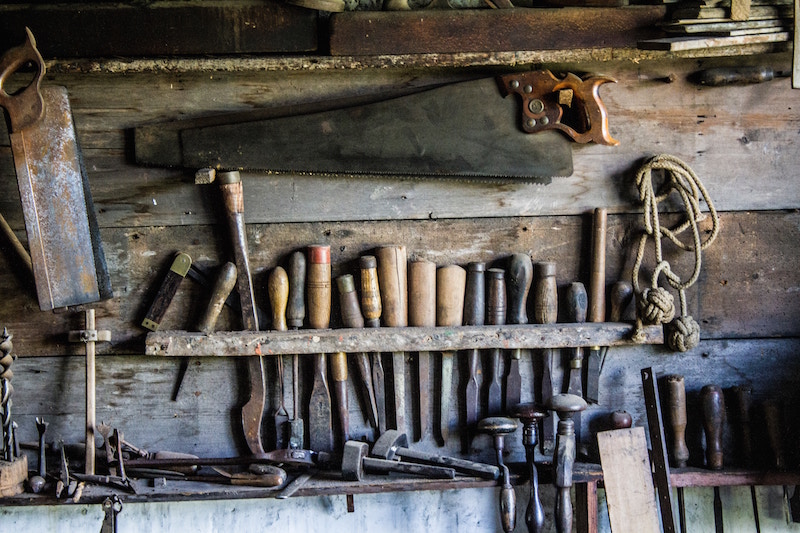 Christmas has come early for a large portion of independent craftspeople employed by the multinational corporation, C&C, LLC.

The workers, the majority of whom hold six to nine-month contracts with C&C, have worked for the organisation off and on for most of their careers. The work is high-demand and the workers hold long hours, often times late into the night. One crafter, Alabaster Snowball, who started at C&C in his late sixties, has managed to rise to the rank of Master Crafter.

“I started out just working on the Shop floor,” reflects Snowball, on his career at C&C. “It was mostly maintenance and clean-up at the end of the day, that kind of thing. And over a great many years I slowly rose to the position of Builder, then Advanced Builder, and then just this year I was appointed Master Crafter.

Mr. Snowball is just one of the hundreds of craftspeople employed by C&C, the largest toy manufacturer in the Northern Hemisphere. When asked what he likes most about his job, Snowball was quick to say that “the seasonality” made the work all worth it.

The work at Claus & Claus (C&C) is actually pretty steady, pretty varied. I like being busy, always learning new skills when I’m not on a C&C contract. The months off really let me do that.

Often jumping from contract to contract with C&C, Snowball (aged 526) also runs a side business with his wife, who is also employed by C&C, where the couple makes toy planes from their home workshop. “We get good time off in the quieter months. Management is pretty happy to see us earn income through other means.”

The flexible work that the Snowballs and other C&C employees get to enjoy is crucial for developing learning opportunities during those off months. One of the most competitive industries in the Northern Hemisphere, toy manufacturing often sees hundreds of workers missing out on contract renewals each year. Moreover, the hours can be long so workers often don’t have the time to plan for their futures outside of the work – let alone learn new skills within their craft.

“It can be stressful,” explains Mr Snowball. “But we’re always looking to improve our skills through various side projects. For every job you want, there are about a hundred other workers out there who could do the same job but better. So a lot of the work is trying to balance that, trying to make the most of our time so that we can get the good contracts. The toy business is a pretty competitive one.”

The industry is also a changing one, with innovations in technology arising each day. “There are so many different types of toys that children want these days. RC planes are still doing well but we worry that children will eventually prefer drones.”

After the Snowballs and some colleagues discovered Hnry, they’ve since found themselves with more free time to pursue research interests and learning opportunities. Hnry helps people like the Snowballs handle all tax and compliance obligations on their flexible earnings, helping creative contractors feel a great sense of relief and allowing them to focus on what matters most to them: the art of the craft and developing those new skills.

Like their peers, the Snowballs used to consistently feel the burden of financial admin – the work outside of work. Most C&C craftspeople have contracts that do not contain a section that indicates their income will be taxed by the employer’s payroll department – a clause often referred to as a “Claus Clause” in the industry. Due to the nature of flexible work in the Shop (the informal name given to the coworking space at C&C), only permanent employees have the benefit of having the financial admin taken care of for them.

As one of Mr. Snowball’s colleagues, Pepper Minstix, puts it, this creates a lot of time and mental anguish for the more seasonal workers who just don’t have the wherewithal to maintain their financial admin.

“All of that tax stuff gives us a real headache,” explains Minstix, aged 205, who makes yo-yos in the Shop. “In our line of work, days are filled with singing and candy canes. We’d rather focus on that fun stuff rather than having to worry about invoicing and taxation.” Hnry, which launched earlier this year (2018), is aimed at people exactly like Minstix: contractors and freelance creators who, up until this point, had to figure out the financial admin on their own.

It’s been a big shift for all of us, because we can now get out there and take on projects that used to be unattainable. Even in the past few months, when work was really ramping up, I felt I could really just focus on the joy of the craft. That service has really helped us save a great deal of time.

With more free time available before the end of the financial year, Ms Minstix has enrolled in a circuitry course in January so she can build lights into her yo-yos.

“It’s just one of the ways that the Hnry service is simplifying my elf employment,” said Minstix.