Bringing Designers Together: a Q&A with Design Assembly's Louise Kellerman 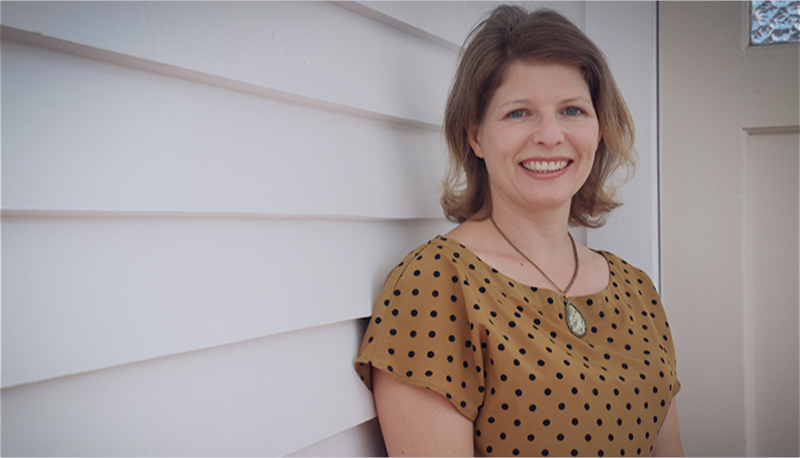 The group began as a series of events in Auckland, run by founder and designer, Louise Kellerman, and has since grown into a business and a national hub for Kiwi designers. On October 16th, Design Assembly kicks off its “Spring Conversations” series with a pair of panel discussions in Wellington and Auckland. Ahead of this series, we chatted with Louise Kellerman about the origins of DA, its future, and the tips she has for freelancers who are thinking about starting their own businesses.

How did Design Assembly start?

I initially trained as a graphic designer at AUT and worked in the industry for about ten years before I started Design Assembly. There always seemed this lack of a specific community for graphic and visual design in New Zealand. So I started Design Assembly in 2008 as a series of events in Auckland and saw that there was a desire for people to connect offline.

I was at a time in my career where I figured I’d found something I was interested in. I could use some of my skills and there was an opportunity there for me to make a living from it. I took it from there really. And alongside that, I’ve been continuing with freelance design work. It’s only in the last year or two that I’ve been working on Design Assembly more full-time. Hopefully, in the next twelve months, I’ll be devoting all my time to Design Assembly.

How has Design Assembly grown over the last ten years?

Since we started from that one event in Auckland, we’ve grown on a massive scale. At the moment, we have events in 4 or 5 centres throughout the country, in Auckland, Wellington, Christchurch and Napier, a workshop series, and the website of content that gets all types of people contributing to it. So we maybe have around 20 evening events that happen year round.

Back when we started, we weren’t running the Workshops so that’s grown out of it as well, and ten years ago the website was a very simple blog which just supported the evening events and that’s become an entity within itself. We’ve received funding from Creative New Zealand to write an essay series on the website and we have a podcast series as well, so it’s just grown hugely, like 100% in terms of its offerings.

It’s really grown into that initial idea of connecting, inspiring, and educating designers throughout their individual careers.

In running Design Assembly, I’ve learned to be very process-driven: creating the events and workshops programme, managing the local hosts and working with them on these events, looking for sponsorships, looking for revenue opportunities to make Design Assembly grow and make it sustainable. To that end, I’m making it about the community and not about me, the individual. So that’s how I’m managing it and trying to grow it, by being process driven and having a followed vision so people know exactly what Design Assembly is about, and they can come to it when they want to connect with other designers, collaborate, share information, get tips as to how other people have done things, and be inspired by the work that other designers are doing around them.

What have been some outstanding challenges?

The biggest challenge for me is trying to figure out how to make it into a sustainable business. It’s very much still a work in progress in terms of it’s not-for-profit in its model but it’s about making sure it’s going to be here into the future. So we’re trying to work out the revenue model, in terms of paying the people that are involved in the team to keep it going. So that’s definitely the biggest struggle, is making a living out of it.

Why is New Zealand integral to Design Assembly?

Design Assembly only focuses on New Zealand design work. We interview New Zealand designers and talk about issues that are relevant to the community here – so it’s all about New Zealand in that its total point of difference is that it’s speaking to the “New Zealandness” and diversity of cultures, people, and design practise that exists in here.

And because we operate in four cities, with local hosts in each, we work with the New Zealand community as a whole and then every region has its particular quirks and interests as well.

What are some of the major issues facing the design industry?

An issue facing the industry at the moment is the issue of diversity in design and looking at whether we have diversity in our studios and in our teams and whether that’s representing the New Zealand general public as well, who we work with. We have an event coming up in Auckland and Wellington which is a panel discussion looking at this issue of what diversity means in Aotearoa New Zealand and why it matters.

What advice would you give to someone starting out on their freelance journey?

What’s next for Design Assembly?

The vision for DA is to be the home of New Zealand graphic design, so continuing on that path by supporting designers on all their different career phases on their individual journeys – from high school students and teachers to tertiary students into their careers and then into professional designers and mentors.